Economic Contributions of Agriculture, Natural Resources, and Food Industries in Florida in 2016

Collectively, the agriculture, natural resources, and food industries are significant contributors to the economy of the state of Florida. The economic contributions of these industries were evaluated for calendar year 2016 to update previous reports from the Economic Impact Analysis Program and to provide current information for the purpose of informed public policy.

Licensed  IMPLAN© regional economic modeling software (Version 3) and associated Florida state and county databases (IMPLAN Group LLC) for 2016 were used to estimate the total economic contributions of selected industry sectors associated with agriculture, natural resources, and food.  Analyses of this type capture not only the direct economic activity within these industries, but the indirect activity supported throughout the regional economy via supply chain relationships and induced activity supported by the re-spending of household income. This analysis includes 121 industry sectors that represent the broad array of activities encompassed by commodity production, manufacturing, distribution, and supporting services associated with agriculture and food as well as natural-resources management. Economic contributions are measured in terms of employment, industry output, value added, exports, labor income, other property income, and business taxes. A glossary of economic terms is provided in this document for reference.

The overall economic contributions of Florida agriculture, natural resources, and food industries in 2016 can be summarized as: 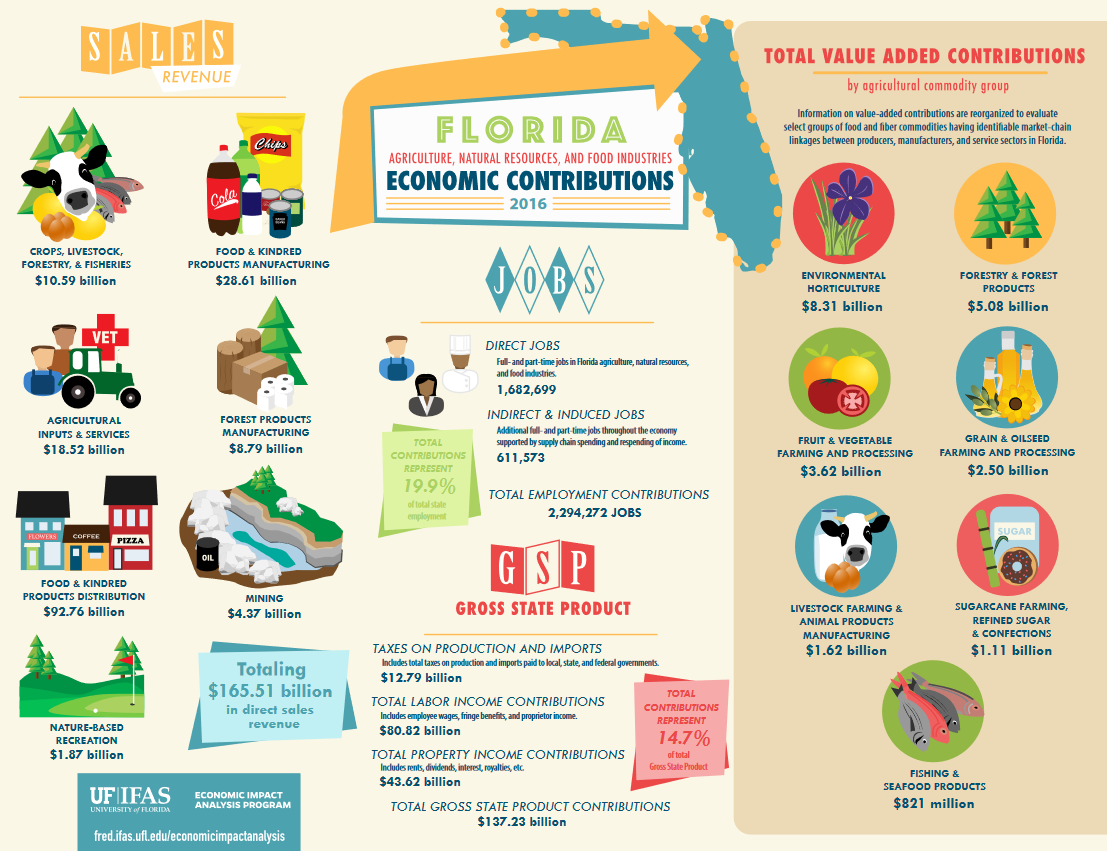